Australia’s biggest esports event is heading to Melbourne. The biggest attraction of this year’s Melbourne Esports Open will be IEM Melbourne, a Counter-Strike: Global Offensive (CS:GO) tournament featuring the world’s best teams competing for $US250,000 (~AU$372,675) in prize money.

The event is moving from Sydney’s Olympic Park where it was known as IEM Sydney for the last three years to Melbourne’s Rod Laver Arena. This year’s event will run from Saturday August 22 to Sunday August 23.

There were many complaints from fans about the difficulties of getting to IEM Sydney and finding accommodation near Olympic Park was extremely difficult, but that won’t be an issue at the Melbourne Park precinct.

IEM Melbourne will add an international dimension to the MEO, which in the past has only featured local tournaments such as the League of Legends Oceanic Pro League, Overwatch Contenders Australia and the Rainbow Six Masters.

ESL Vice President Pro Gaming Michal “CARMAC” Blicharz said, “Australian Counter-Strike fans are second to none, and when we had the opportunity to bring IEM to Melbourne, to headline the Melbourne Esports Open, it was a perfect fit.”

“Australians have always generated atmospheres that could not be matched by anything else. Coming back for 2020 was a top priority, and the Melbourne Esports Open was a natural match.”

“It will open Intel Extreme Masters to a broader audience and provide CS:GO fans a richer event experience,” Blicharz added.

“We host major events of all shapes and colours in Victoria and it’s fantastic that we can be a leader in esports,” Mr Pakula said.

“More than half of Australia’s digital games companies are based here, so the local jobs story is just as compelling as the on-screen action.”

A single day ticket to IEM Melbourne will cost $69, a weekend pass $139 and premium tickets can be purchased for up to $999. All of those tickets include ground pass access to the MEO as well, which can be purchased separately for $25 for a single day or $39 for the weekend.

An MEO ground pass will also give you access to Rod Laver Arena and IEM Melbourne but only for a first in, best dressed general admission section.

Tickets will go on sale for both IEM Melbourne and the Melbourne Esports Open at 10AM EDT on Saturday February 14 via Ticketek. 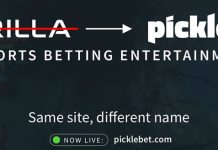