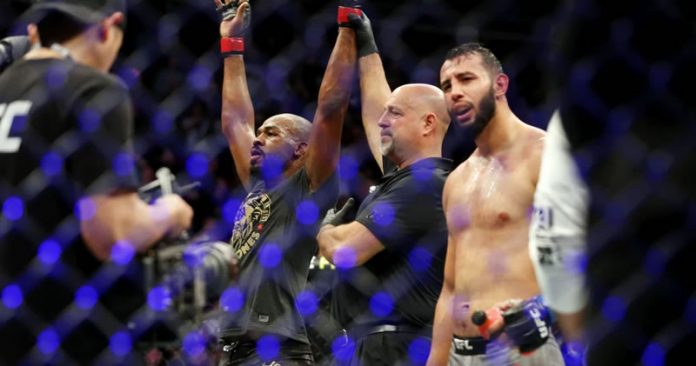 Superstar MMA fighter Jon “Bones” Jones has retained his UFC Light-Heavyweight Championship against challenger Dominick Reyes at UFC 247 on Sunday, however the MMA world has been left stunned at how the fight was scored.

Reyes appeared the dominant fighter in the early rounds after landing some heavy blows before Jones responded in the later rounds to leave most MMA experts expecting a narrow victory for the challenger. However the official UFC judges saw it differently as they awarded a unanimous points decision to Jones, scoring it 48-47, 48-47 and 49-46.

In particular, judge Joe Soliz, who is an MMA instructor, has come under heavy fire for his lop-sided 4-1 round scorecard in favour of the champion. Leading MMA commentator Joe Rogan, and even UFC President Dana White, spoke out regarding the surprising scorecards.

“It makes me angry,” said Joe Rogan after the fight. “For anyone to think that was 4-1 Jon Jones, that person is insane. Insane! Dominick Reyes put on a hell of a fight tonight…that kind of judging is insane.”

“The scoring was all over the map,” said Dana White said at the post-fight press conference. “Going into the last round, I had Dominick Reyes 3-1 going to the last round. My kids are terrorizing me that the fix is in, ‘How could this happen, Dad? Reyes won that fight!’”

Jones improved his record to 26-1 in MMA and set a new record for the championship victories in UFC history (14).

Jon Jones was a narrow $1.20 favourite at BetEasy to win the fight while Dominick Reyes was considered the $4.40 underdog. The value bet was for the fight to go the distance which saluted at odds of $2.75 at BetEasy.