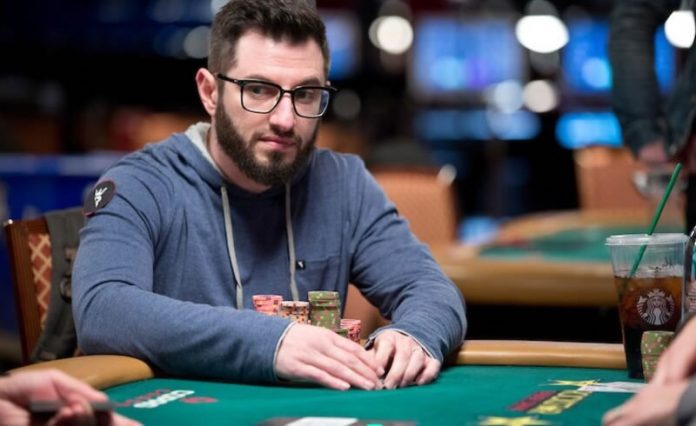 It’s been a long time since there was anything to get too excited about in the world of online poker. Long gone are the days of the Durrrr Challenge or Isildur1 crushing the high-stakes poker tables.

However Phil Galfond and his Run It Once site gave everyone something to get excited about recently with the Galfond Challenges – a series of high-stakes heads-up Pot Limit Omaha challenges on the Run It Once website. However things haven’t quite gone to plan.

Galfond’s first challenge was against the mysterious VeniVidi and over 15 sessions, Galfond is down a massive €900,000. In fact, Galfond has only come out ahead in one of the 15 sessions the two have played in recent weeks. The staggering one-sided score line has forced Galfond to take a step back from the challenge and re-assess his own game.

In a statement on Twitter, Galfond said that although he has experienced losses of that amount before, it was a rare situation for him in that didn’t know if he was able to turn things around. Was it just a downswing or was VeniVidi on another level?

“I was playing scared. I was expecting to lose. I simply couldn’t get my brain to work properly.” 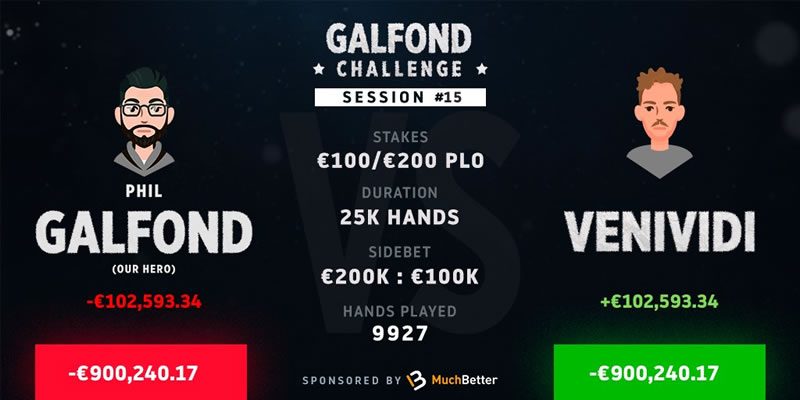 “I lost that hope, and it was replaced by depression. I’m proud of the way I kept it together for so long, but I found my mind’s limit,” said Galfond in his statement.

“Regardless of where we stood at the start of the match, I’m confident that my C game a big underdog to Venividi’s A game (I think we can all agree on that :)), and I don’t believe I can realistically expect to get back to playing my best soon.”

Galfond went on to state that he would be taking a break from the challenge and paying the pre-determined penalties before deciding whether to continue or move on to his next challenger – a perceived easier match against recreational high-stakes player Bill Perkins.

Galfond’s moves did receive some comments of admiration for admitting defeat, while others, such as outspoken Brit Luke Schwartz, were a little more unforgiving.

“Galfond is writing these pigeon fuking notes after he gets his ass handed to him every session by someone who is 5 years and 14 advanced solvers better than him,” said Schwartz on Twitter.

“Truth is you’re a washed up nice guy everyone has their time you certainly can’t beat the top guys in PLO anymore, it’s clearly time to wave the white flag”.

It appears that Galfond and Schwartz are heading towards a showdown of their own, reported pencilled in after the WSOP, which should provide plenty of fireworks!