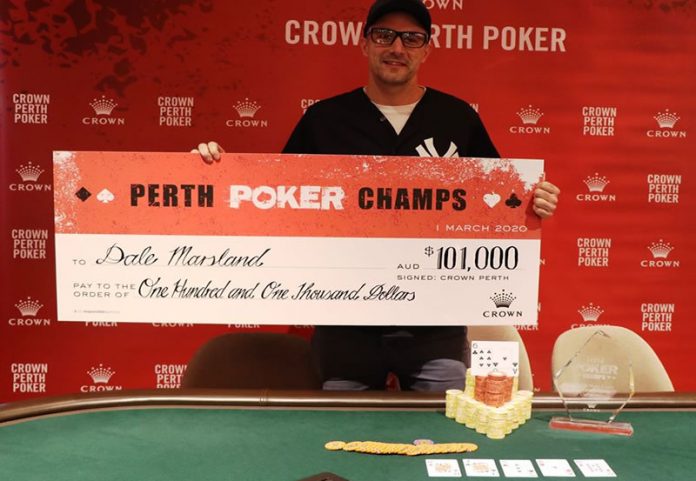 The Perth Poker Championships wrapped up over the weekend at Crown Perth with local pro Dale Marsland continuing his dominance in the West with victory in the Main Event worth $101,000 in prize money.

The Perth Poker Champs are one of the major poker events on the Western Australian poker calendar with 10 big events over the 11-day carnival held in the Crown Perth Poker Room.

The highlight of the schedule was the $2,300 Main Event which saw 172 entrants, including 46 re-entries, form a prize pool in excess of $350,000. The top 14 players would finish in the money before the final table of nine was led by Peter Brasile. Other notables on the final table included Tanja Vujanic, former ANZPT Melbourne runner up Ashley Warner, and former two-time Western Classic champ Dale Marsland.

Although Marsland started the final table sitting sixth in chips, he was quick to rise up the counts after being responsible for the eliminations of Tanja Vujanic (9th), Steve Burgess (8th), Shane Cassidy (6th) and Ashley Warner in 5th place after Warner’s pocket kings ran smack bang into Marsland’s pocket aces.

Marsland’s amazing run continued as he hit a set of threes to eliminate Man Ho Tse in 4th place, before winning a race with ace-queen against pocket fives to end Peter Brasile’s run in 3rd place.

Marsland would carry the chip lead into the heads-up battle with Nick Suter, and would finish the domination with one final elimination to raise the Perth Poker Champs Main Event trophy and collect the first-place prize of $101,000 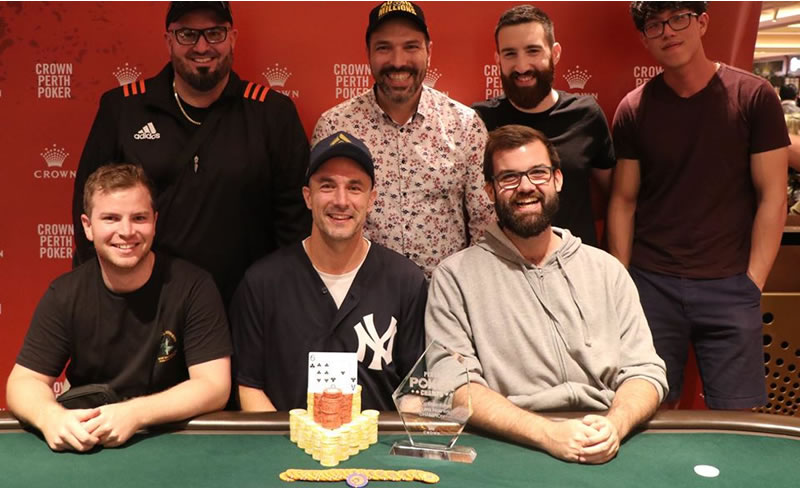 With career winnings now in excess of US$800,000, including numerous trophies and achievements during that time, this is actually Marsland’s largest career cash as he climbs inside the top 70 highest Australian money earners of all time.

In other notable results from the series, Travis Endersby took down the Opening Event, Liron Or defeated Dale Marsland heads-up to win the $1,150 6-Max Event, Bjorn Ostby collected $51,000 in the High Roller Event after a six-way final table deal, and Amanda De Cesare was successful in the Hyper Turbo Event.

The next major championship at Crown Perth will be the Sapphire Series starting in May.