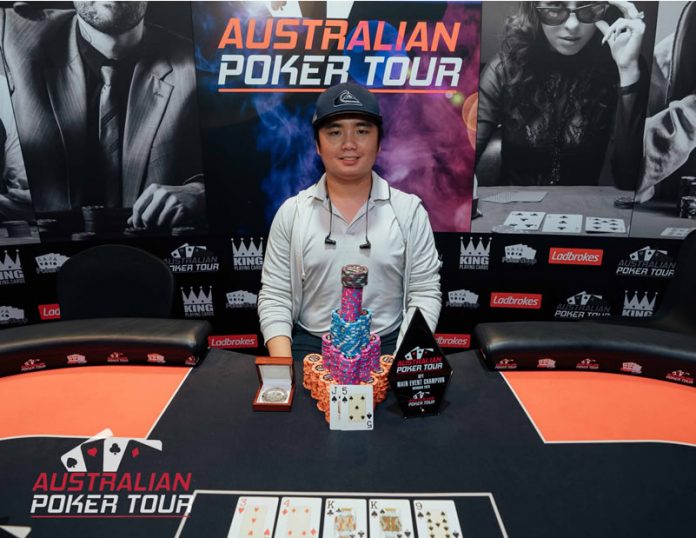 Australia’s Charles Tsai has topped the 954-entrant field to win the Australian Poker Tour Brisbane Main Event for $29,300 as Season 3 was launched at the Eatons Hill Hotel in Brisbane.

A total of 954 entrants took a seat throughout the four starting flights, and with a guaranteed $150,000 prize pool, the final 96 players would finish in the money. For the player that ascended to the top to collect the Australian Poker Tour Brisbane Main Event title, they would pocket $32,600 as well as an invitation into the $25,000 APT Tournament of Champions.

Just 255 players returned on the final day of play, and when the final table of eight was reached, it would be Jordan Payne holding the chip lead with just over 35 big blinds. When the business end of the tournament was reached, Payne was still alive as the shortest stack among the final three before an ICM deal was struck.

After Alexander Kay was eliminated in third place, Payne trailed Charles Tsai before the final hand was dealt. Both players limped and saw a two-spade flop as Payne found himself all in with an inferior flush draw to Tsai’s jack-high flush draw. The turn and river blanked out, and Tsai was crowned the Australian Poker Tour Brisbane Main Event champion and recipient of the $29,300 first-place prize.

The Australian Poker Tour also awarded a Player of the Series for the Brisbane stop, and it would be Sam Adams awarded the title on the back of a five-cash series that included four final tables. Adams received a $13,000 package to The Cage Live in Costa Rica that includes a two-day live streamed poker event, flights, accommodation, transfers, spending money, and the US$5,000 buy-in. Eoin Starr ($3,000), Paul Hockin ($2,000), and Nuno S. ($1,000) all collected the runner-up prizes in the Player of the Series. 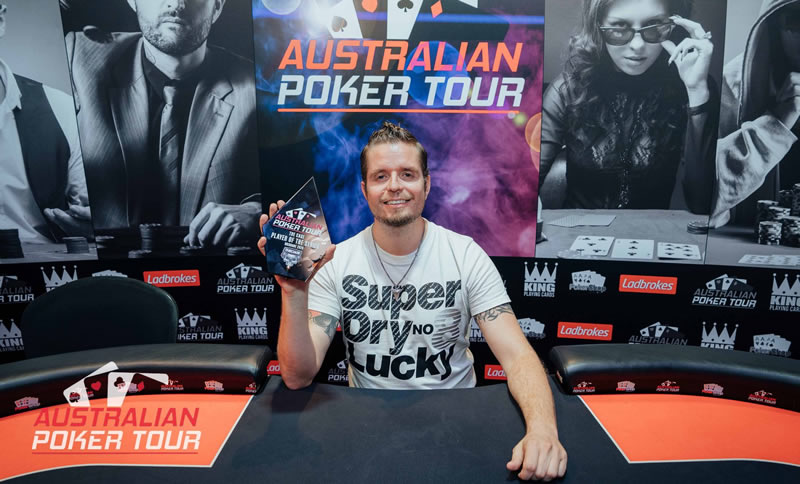 The next stop for the Australian Poker Tour is in Sydney at the Bankstown Sports Club running from April 1 – 5, 2020. There will be 20 events on the schedule highlighted by the $175 buy-in Australian Poker Tour Sydney Main Event that features four starting flights and a $150,000 prize pool guarantee.