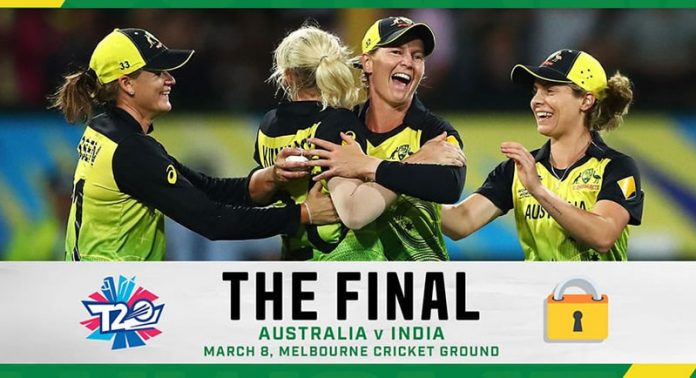 The 2020 Women’s T20 World Cup has reached the final with Australia to take on India in front of a packed MCG this Sunday on International Women’s Day. Can Australia bring home the trophy?

The semi-finals were full of drama and controversy as India advanced to the final via a washout, whilst Australia managed to defeat South Africa by eight runs in a rain affected thriller. Twenty two games across three weeks has led to the ICC Women’s T20 World Cup Final at the MCG, which is expecting an attendance of over 60,000 on International Women’s Day. India has been a model of consistency led by an economical bowling attack, whilst Australia started slow but have built some serious momentum at the back of the tournament.

India advanced to the final thanks to a washout as the tournament controversially doesn’t have reserve days for the semi finals. Australia being the lower placed side, needed to win their semi final against South Africa to make the final and they benefited playing in the later time slot on Thursday evening, as they managed to complete a match.

India has been incredibly strong with the ball, led by the tournament’s equal leading wicket taker in Poonam Yadav who has taken 9 wickets at an average of 9.88 with an  economy of 5.88.

Australia has the advantage in the batting department. Australia has scored over 150 twice in the four group matches, something India have not done this tournament.

Openers Beth Mooney (181 runs, ranked 3rd for most runs) and Alyssa Healy (161 runs, ranked 4th) have led the way for Australia and will look to be aggressive early against the Indian pace bowlers.

India hasn’t conceded over 130 runs in an innings so far this tournament, with their best performance coming on the opening night of the tournament, as they bowled Australia out for 115 en route to a 17-run victory.

Since the loss on opening night Australia have been much more aggressive with the bat, as they have dictated the tempo of games with their attacking cricket.

Australia’s experience is going to be crucial on Sunday. Australia have won four of the past five T20 World Cups, whilst this is India’s first appearance in a T20 World Cup final. This is an experienced Australian group who have continuously gotten the job done time and time again on the big stage.

Will India be overawed on the grandest stage?

The match will be a monumental moment in women’s sport, as there will be a crowd of over 60,000 in attendance, making it the largest ever crowd at a women’s sporting fixture in Australia.

Australia’s experience and momentum has them as favourites with BetEasy at odds of $1.52 with India at $2.55.