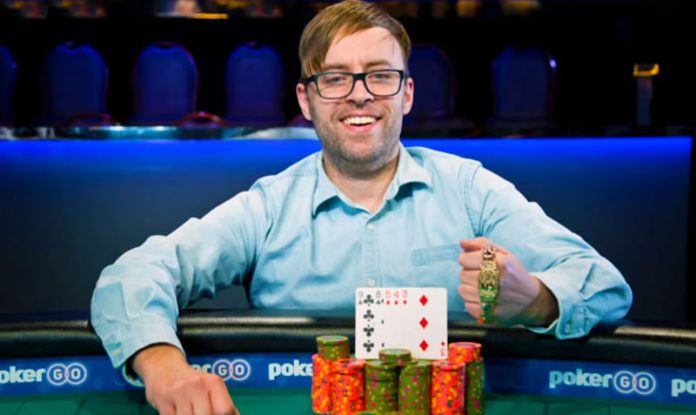 The 50th Annual World Series of Poker (WSOP) features a 90-event schedule, and four of those events are of the 2-7 Lowball variant. Following the two no-limit variations of 2-7 playing out early in the WSOP, Event #33: US$1,500 Limit 2-7 Lowball Triple Draw would take place on the schedule as a prelude to the US$10,000 buy-in championship running a week later.

At the 2018 WSOP, Austria’s Hanh Tran would top the 356-player field to capture his first WSOP bracelet and US$117,282 first-place prize as previous winners of this event include Andrey Zaichenko, Benny Glaser, and Todd Bui. The 2019 instalment allowed for re-entries, and once registration closed, 467 entrants created a prize pool of US$630,450 that paid the top 71 players.

Day 1 ended with previous champion Benny Glaser leading the 139 players into Day 2, and when just 72 players remained, it would be Thomas Hammers being eliminated on the money bubble when he drew to a six but couldn’t improve against Steven Tabb’s rough-nine.

The final six players circled chips back-and-forth before Robert Campbell pushed forward into the chip lead at dinner break. Aron Dermer was eliminated in sixth place when his rough-eight was outdone by Campbell’s eight-seven-smooth. Bobby’s Room regular Jared Bleznick rode a heater to hold a commanding chip lead before Jesse Hampton and Kyle Miaso were both bounced to the rail by David Bach in fifth and fourth place respectively.

Chips stacks began flattening out, and Bleznick would have to settle for third place when on the final draw he made an eight-seven, but Campbell drew and made a number four to be heads-up against Bach as five-to-two underdog. Immediately Campbell began eroding Bach’s lead, and then pulled way ahead when he picked off a Bach bluff. The lead flip-flopped back-and-forth several more times before the final hand played out where Campbell stood pat on the second draw with a nine-eight as Bach was drawing to a rough-eight. Bach bricked out on each draw and was denied his fourth WSOP bracelet while Campbell collected his maiden one. 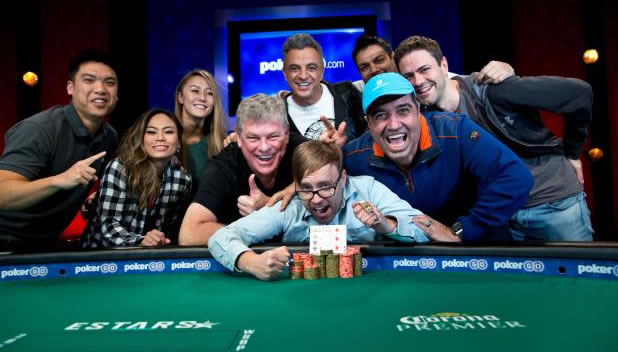 After several close calls from his six previous WSOP final tables – including one just last week – Campbell finally broke through to claim his first WSOP bracelet while becoming the 20th Australian to win a WSOP bracelet. This is also Campbell’s 17th WSOP cash and sees his lifetime tournament earnings move to just under US$900,000.