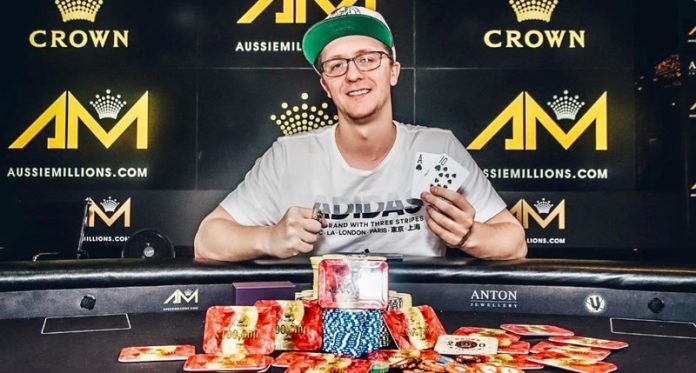 For the 2020 Aussie Millions, a total of four high roller events where on the schedule. The $25,000 Pot-Limit Omaha saw Dutchman Jorryt van Hoof defeat the 59-entrant field to win the $467,280 first-place prize, while the $25k Challenge was won by Colombian Farid Jattin who bested the 169-entrant field to collect the $983,646 first-place prize. Once the buy-ins were raised to $50,000 and $100,000, it would be two locals claiming their first Aussie Millions titles as Michael Addamo and Kahle Burns respectively each collected seven-figure wins.

The $50k Challenge attracted a total of 82 entrants and created a prize pool of $3,977,000 that would pay the final ten places. Besting the mark of 62 entrants set in 2019, Day 1 would be a short day as registration remained open through the first level on Day 2. With a long day on the cards, eventually it would be Michael Soyza being eliminated on the money bubble after he rivered two pair against Addamo’s turned flush. Kristen Bicknell was eliminated in tenth, and the final nine players redrew to one table.

With a who’s who of high roller regulars remaining, players jostled for nearly six hours as the likes of Erik Seidel, Ben Lamb, Sam Greenwood, and Cary Katz all fell short of adding a second Aussie Millions title to their trophy cabinet. Eventually it would be Addamo collecting the victory following a third-place and second-place finish in the 2017 and 2018 Aussie Millions Opening Event respectively.

Addamo now sits with just over US$6.93 million in lifetime earnings which includes both a WSOP and WSOP Europe bracelet, several local victories, and now an Aussie Millions championship ring. 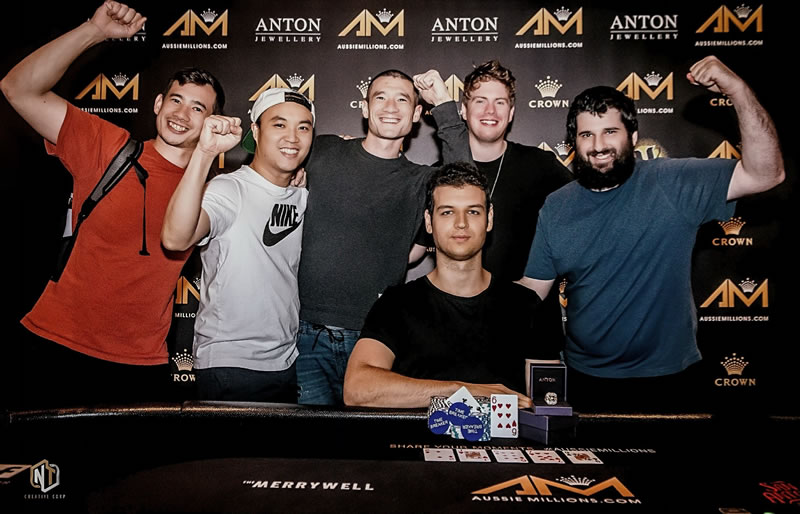 The final event of the 2020 Aussie Millions would be the $100,000 Challenge, and a total of 54 entries would create a $5,292,000 prize pool that paid the final seven players. Following a shortened Day 1, action on Day 2 would play through until reaching a sizeable money bubble. Unfortunately for Michael Zhang, he would fall in eighth place, and leave the final seven players in the money.

On a final table filled of international players, Burns would be the lone Australian, and it would serve him well as he defeated 2018-19 GPI Player of the Year Alex Foxen heads-up to win the $100k Challenge in front of his friends and family, and the local crowd of supporters.

After missing out on the 2019 GPI Player of the Year award in one of the final events of the year, Burns has kicked off 2020 with a bang collecting three cashes at the recent partypoker MILLIONS UK stop including a Super High Roller victory, and then a runner-up finish in the High Roller. Burns has now amassed over US$9.55 million in lifetime earnings and sits just over $3 million shy of Joe Hachem on the Australia All Time Money List.