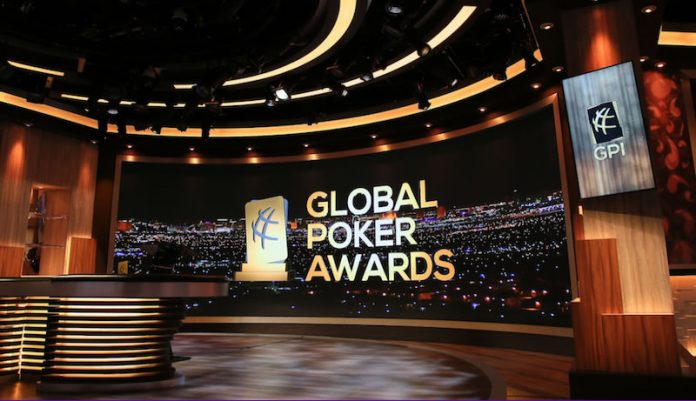 Closer to home in Australia and New Zealand, The Double Down have taken a closer look at both the male and female rankings for 2019.

2019 GPI Player of the Year for Australia (Male) Rankings

Kahle Burns won US$4,364,547 in 2019 and cashed 25 times including winning two WSOP bracelets, and both a Poker Masters and Melbourne Poker Championships title on his way to winning the GPI Player of the Year award for Australia. Burns not only topped the Australia rankings, but he finished in fourth-place overall behind Alex Foxen (3,806.09 points), Sean Winter (3,679.19 points) and Bryn Kenney (3,647.81 points). 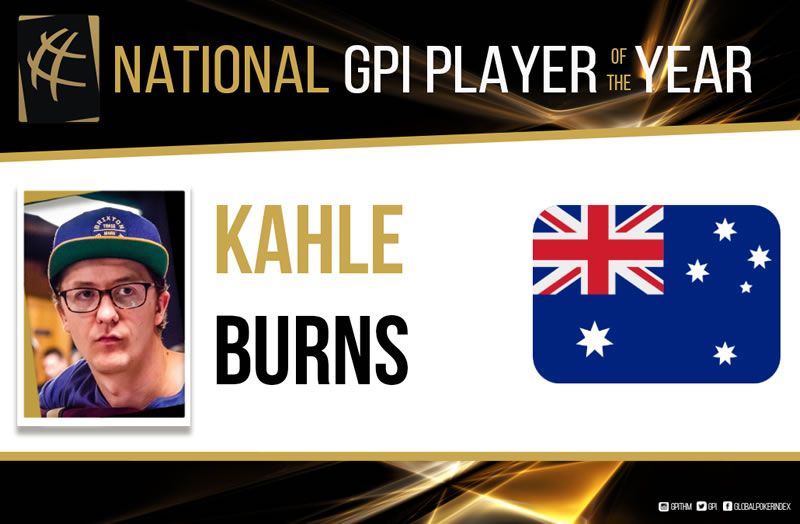 2019 GPI Player of the Year for Australia (Female) Rankings

Melbourne’s own Connie Graham topped the female rankings for Australia following a 2019 that included US$53,759 in winnings from 15 cashes and four final tables. Graham also finishes with bragging rights in her household as she finished in 35th place overall on the Australia rankings, while her husband and WSOP bracelet winner Jarred Graham finished 2019 in 56th place.

2019 GPI Player of the Year for New Zealand (Male) Rankings

Across the Tasman Sea in New Zealand, Hamish Crawshaw would be awarded the GPI Player of the Year for New Zealand. Crawshaw had US$698,150 in winnings for 2019 that was highlighted by his 19 cashes that including winning WPT Vietnam, Sydney Champs Main Event, Wellington Poker Championship High Stakes event, and the WPT Cambodia High Roller Turbo. 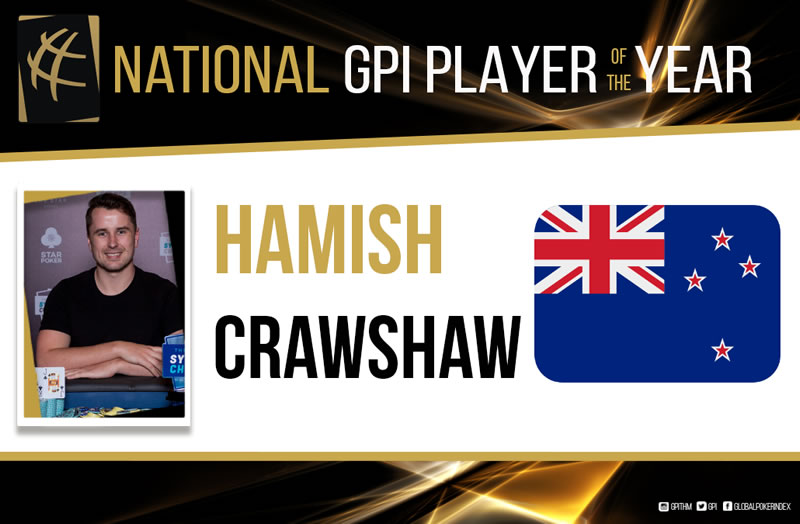 2019 GPI Player of the Year for New Zealand (Female) Rankings

Sosia Jiang sat second overall on the New Zealand rankings, and first on the female rankings following a 2019 that saw her win US$672,387 from nine cashes that included winning the Skycity Festival of Poker Auckland Main Event.

Congratulations to Australia’s Kahle Burns and Connie Graham, as well as New Zealand’s Hamish Crawshaw and Sosia Jiang, for winning their respective country’s 2019 GPI Player of the Year awards.