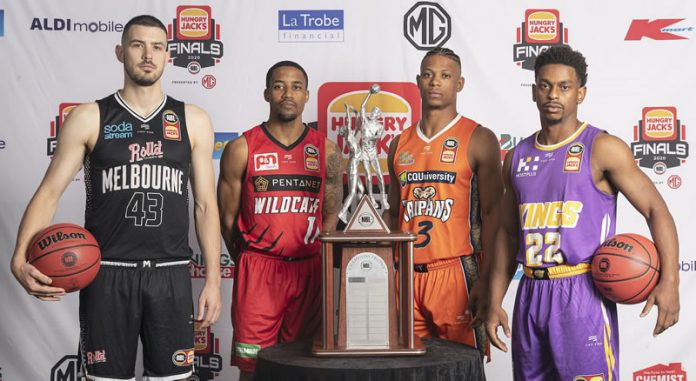 The National Basketball League has enjoyed a stellar season and while many are talking about the impending arrival of the footy seasons, the NBL is about to hit their playoffs stage with the first semi-finals kicking off Friday night.

The first of the semi-finals will see the Perth Wildcats at home to the Cairns Taipans. The Wildcats did enough good work during the regular season to earn home court advantage in this best-of-three (BO3) series.

The Wildcats enjoyed another really successful regular season that saw them finish second on the ladder with a 19-9 record. Bryce Cotton proved yet again that he’s the cream of the crop, leading the league in scoring (22.5 ppg) and winning his second league MVP. Terrico White chimed in with a few great performances here and there, as did Nick Kay who earned himself First Team All-NBA honours. Another interesting piece the Wildcats acquired late in the season is Miles Plumlee who has shown signs of the great impact he can have, although it hasn’t been on a consistent basis as of yet.

The Taipans have come from the depths of despair to make an extremely unlikely trip to this year’s playoffs. Last season they were clearly the worst team in the league and managed to win just six games en route to the wooden spoon. This season, however, coach Mike Kelly has a couple of genuine superstars on his roster with the likes of Scott Machado, Cam Oliver, and DJ Newbill. Those three guys combined for 2x All-NBA selections, 1x MVP runner-up and 1x Defensive Player of the Year at the recent end of season awards night.

This series is arguably the more exciting of the two for the neutral fan simply because of the unknown surrounding the Taipans. They’ve come so far over the past 12 months and have been the giant killers all season, but they now face the toughest task in the NBL – taking on the defending champion Perth Wildcats on the road in the playoffs. The Wildcats are the $1.43 favourite at Sportsbet with the Taipans at $2.75. 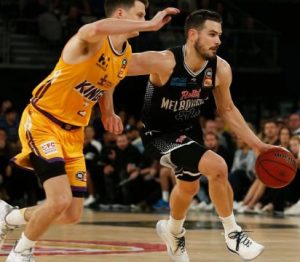 The second of the semi-finals will tip off in Sydney on Saturday night when the Sydney Kings take on Melbourne United. The Kings finished the season atop of the NBL ladder and have earned home court advantage in both this semi-final BO3 series and the Grand Final BO5 series should they make it.

The Kings got their campaign off to a fantastic start and have never looked back. They finished with a league-best 20-8 record to prove all of their pre-season doubters wrong. The Kings have stars littered across just about every position and nearly anyone in their starting five can tear a game apart when it’s their day to shine. Casper Ware had a fantastic first regular season with the Kings since coming across from United. Andrew Bogut backed up his MVP run last season with another solid campaign, and Jase-Sean Tate made a huge impact in his first season in the league on his way to claiming First Team All-NBA honours at the power forward position.

Melbourne United endured a very tough campaign to squeeze their way into the final four thanks to a win in their 28th and final game of the season. The roster overhaul that they completed prior to this season certainly took its toll on United and nearly cost them a playoffs spot. There were plenty of positives to come out of this testing season for United as well. Melo Trimble and Shawn Long both had their fair share of big individual performances; Chris Goulding lit it up from the land of plenty on a consistent basis, and import Stanton Kidd came along nicely in the final portion of the regular season.

These two clubs are no strangers to playing each other in big games and this Saturday night will be no exception. Melbourne United got the chocolates in the first of four regular season meetings in this matchup, but the Kings fired back with wins in games two, three and four to claim the regular season series 3-1. The Kings will certainly start as the favourites in this semi-finals series at $1.40 at Sportsbet and rightly so, but you certainly can’t count out United who are $2.92 and would just love to spoil the party.