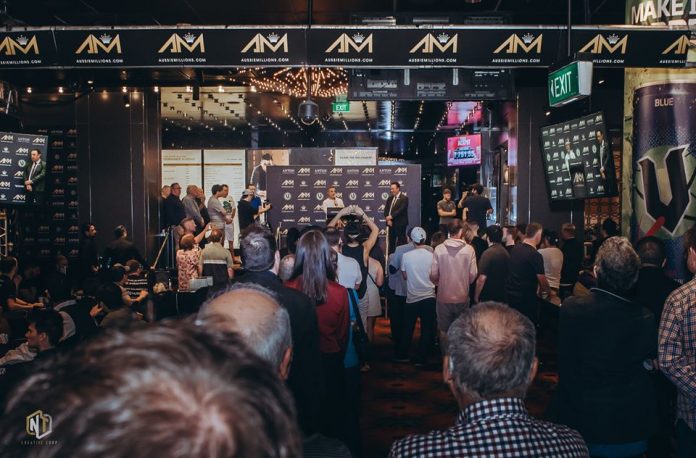 WPT Anchor Lynn Gilmartin and rising superstar Kahle Burns have been recognised for their achievements and contributions to the Australian poker industry with inclusion in the Australian Poker Hall of Fame for 2020.

As has become the tradition, the start of Day 2 of the Aussie Millions Main Event was reserved for the Australian Poker Hall of Fame to take centre stage in the Crown Poker Room to speak to the poker community and welcome the latest members into the esteemed group of poker legends.

This year the APHOF found room for two inductees. Both with very different backgrounds, but two people who have achieved an extraordinary amount in their time in the poker industry. 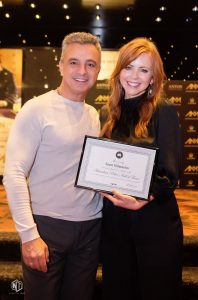 Lynn Gilmartin (pictured right with Joe Hachem) started her poker journey in the marketing department of Crown Casino back in 2008, but it wasn’t long before she was lured into the Crown Poker Room and thrust in front of the camera. She learnt on her feet and was soon hosting video coverage for PokerNetwork, PokerNews and PokerStars at major events across Australia and the world.

In 2013, Gilmartin was hired by the World Poker Tour to host their Alpha8 series of Super High Roller Events, but she soon progressed to become the lead anchor for the World Poker Tour’s television coverage – arguably the most iconic role in the poker world today.

“I’ve known this girl since she started working here at the Crown,” said APHOF Chairman Joe Hachem at the presentation ceremony. “She never walks around without a smile on her face. She loves poker, she loves people and she’s just an amazing human being and a credit to us all in poker. She doesn’t stop working and she’s amazing.”

Not only is Gilmartin an amazing ambassador for Australia and promoter of the game of poker worldwide, but her endeavours off the felt to kick-start a fundraising campaign for Australian wildlife affected by the recent bushfires raised almost $100,000, and is a credit to Gilmartin’s compassion and passion for life. Gilmartin is only the second female to be inducted into the Australian Poker Hall of Fame.

“She never walks around without a smile on her face. She loves poker, she loves people and she’s just an amazing human being and a credit to us all in poker.”

“What an honor to be standing among you legends,” Gilmartin said. “The timing of this is extra special because I’ve never been prouder to be part of this community than I am right now. For the past couple of weeks, so much support has come in from around the world for Australia in the face of these horrific bushfires. I started a fundraiser hoping to raise $10,000, and after being inundated with support from poker players around the world, we’re creeping up to $100,000 just two weeks later.” 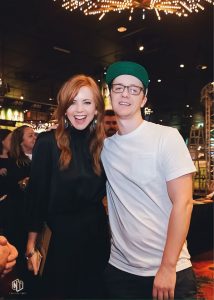 The second APHOF inductee for 2020 was young superstar Kahle Burns (pictured left with Lynn Gilmartin) who has rapidly become one of the elite players in the game, dominating high roller tournaments around the world over the past few years. Burns picked up two WSOP bracelets this year in Europe and his tournament earnings of over US$8 million see him #2 in Australia’s All-Time Money Earners list, behind only Joe Hachem himself.

“I start playing poker at 18 years old,” said Burns. “I was just out of high school and this is the room where it all started. I didn’t think it was something I could do to support myself. I just knew it was a game I really loved, and really appreciated the competitive side of things. I just wanted to help pay my way through University.” 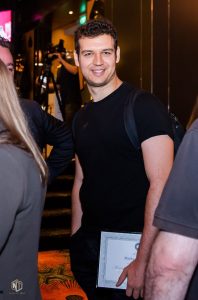 In addition to the two inductees, the APHOF recognised the achievements and ability of Michael Addamo (pictured right) who received the Young Achiever Award. Addamo won two bracelets of his own in 2018 and with almost US$7 million in cashes, he’s moved into #3 on the Australian All-Time Money Earners. He also just added his first Aussie Millions gold ring with a victory in the $50,000 Challenge for a collect of over $1 million.