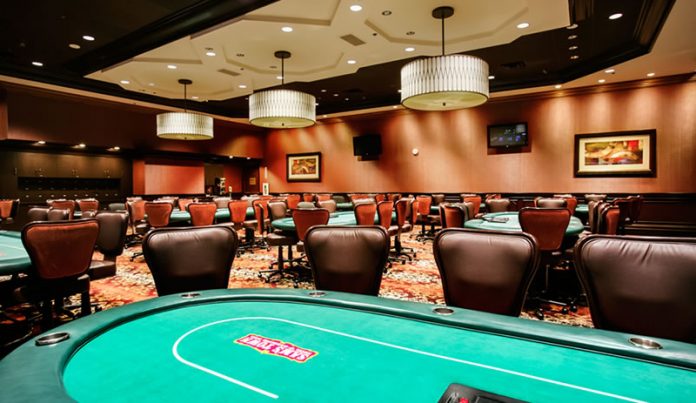 A steady wave of poker tournaments have been postponed or cancelled over the past few weeks as the Coronavirus (COVID-19) outbreak has now reached pandemic status as declared by the World Health Organization (WHO).

WPT events in the Asia-Pacific region were the first events postponed and cancelled before tournaments in Europe followed. Last week, tournaments in the United States would begin to be rescheduled, and just this week, casinos in Las Vegas, Los Angeles, and Atlantic City began closing their doors until next month.

Australia is now the next in line to see sweeping changes to tournament schedules around the country as disease experts and government officials continue to push for social distancing and a reduction in social gatherings.

“Crown is committed to the safety and well-being of all our guests, employees and the community. With ongoing concerns around Covid-19 in Australia, Crown Poker regrets to advise that the upcoming 2020 Crown Poker Championship (scheduled 15-27 April) has been postponed indefinitely. We apologise for the inconvenience and will provide any new information as it becomes available.”

The Australian Poker Tour (APT) Sydney Event was scheduled to run from April 1 – 5 at the Bankstown Sports Club, but they have announced the cancellation of APT Sydney following the federal government’s ban on mass gatherings. The Star Sydney have also cancelled all weekly tournaments until further notice, while the Poker Palace has decided to close their doors completely for now just as their Marconi Cup Carnival was about to kick off on Sunday.

The effects have also reached Perth where the Crown Poker Room have decided to postpone their Sapphire Series which was scheduled for mid-May.

However in Adelaide, Matchroom Poker are defying the current trend and will proceed with their Big Stack Poker Festival which kicks off March 22. On their Facebook page, Matchroom Poker announced that due to popular demand from their local players, they will continue with their poker series but with reduced guarantees. Players will also be required to do temperature checks before entering the venue.

Currently there are nearly 200,000 Coronavirus cases worldwide, while in Australia there have only been 440 of them. The death toll has eclipsed the 7,000-mark worldwide, but Australia have only seen five deaths as strict social distancing and self-isolation quarantine continues. Many tournaments in the Asia-Pacific region are still scheduled for May and June, but if the upward trends continue, these may also be postponed or cancelled as well.

The Double Down team will continue to keep you updated on the Coronavirus and how it affects poker tours in Australia, New Zealand, and around the world.