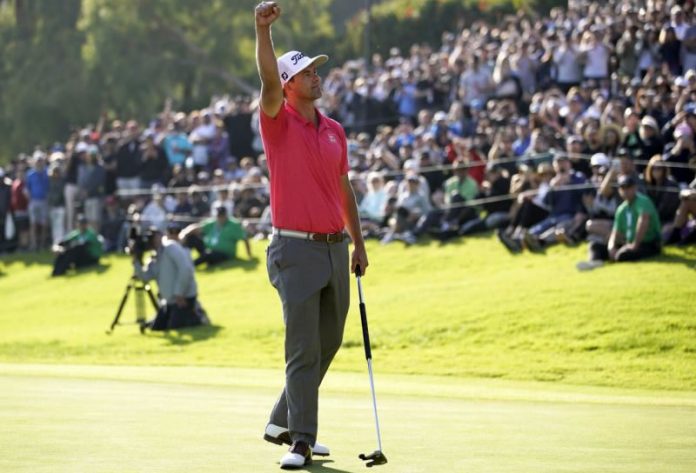 Australia’s number one daily fantasy sports player “JayK123” has done it again, landing another massive prize over at DraftKings this weekend.

Just weeks after taking down the DraftKings NFL Millionaire Maker, JayK123 has turned his attention to golf with victory in the PGA $400,000 Winter Golf Classic on the world’s leading DFS site. The victory paid US$100,000 in prize money, with JayK123 collecting over US$116,500 from his entries in the contest.

Rather fittingly, the Riviera International was also won by an Australian, as Adam Scott ended a four-year title drought to claim victory. JayK123 had Scott in his lineup, but perhaps more crucially, he also had Korean Sung Kang in his line up at just 2% ownership. Kang would tie for 2nd place in the event, alongside Matt Kuchar who also featured in the winning lineup. It’s no wonder that JayK123 had a nice 19-point buffer to the runner-up in the contest. 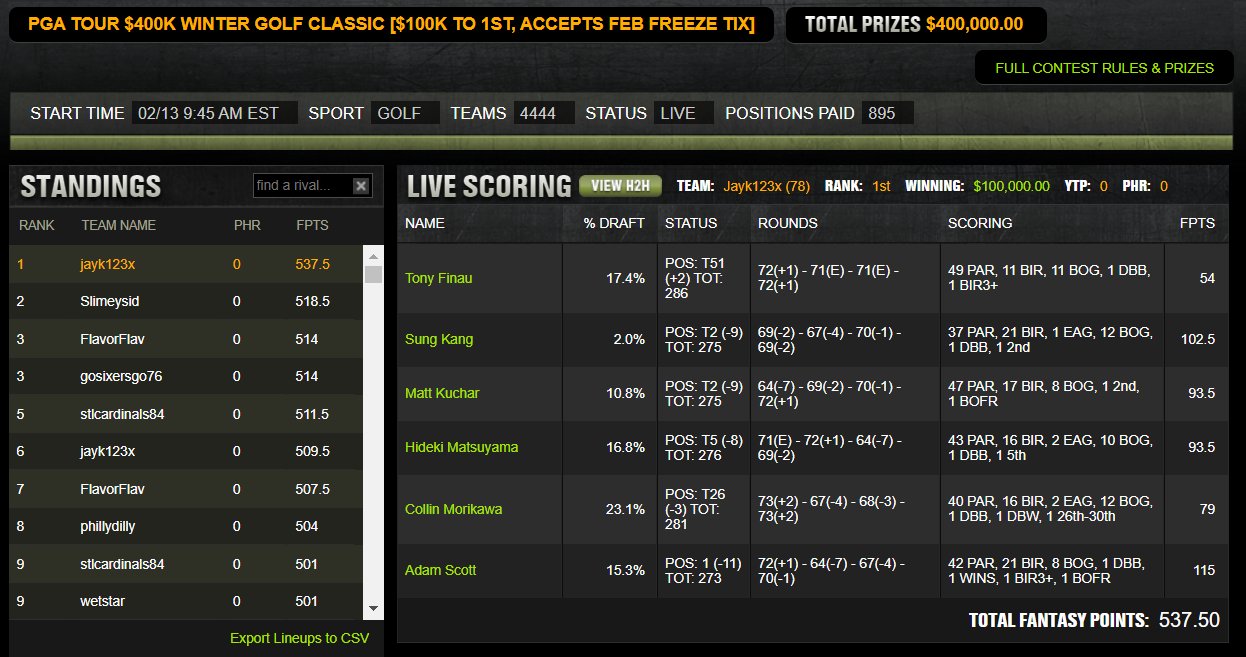