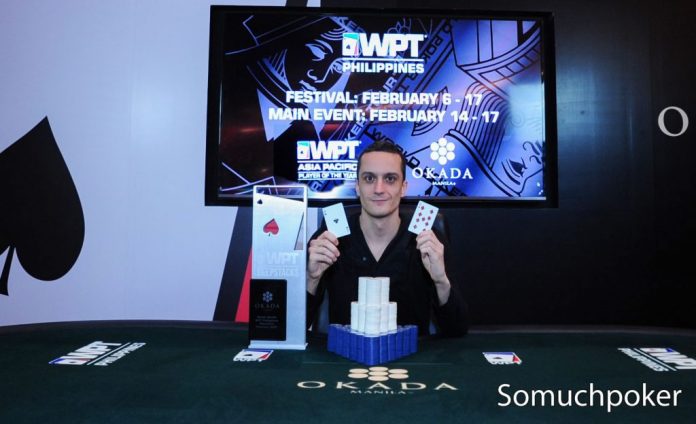 The latest champion of the World Poker Tour has been crowned with Bulgaria’s Dimitar Blazhev winning the WPT Philippines Main Event.

There were concerns over the success of the WPT Philippines event after tournament organisers were forced to reduce the advertised prizepool guarantee prior to the start of the tournament, after the Filipino Government placed restrictions on foreigners entering the country for fear of spreading the Coronavirus. However the local poker players turned out in force for the event, and the original guarantee of PHP 20,000,000 was still reached in the end.

Australia’s Christos Vlahos entered the final table as chip leader, before bowing out in sixth place, to leave Blazhev to take on Korea’s Kunwoo Kim for the title. The heads-up battle would last for over two hours before Blazhev three-bet all in with ace-nine. Kim made the call with king-jack and when the board fell queen-high, Blazhev was declared the WPT Philippines champion.

* Image provided courtesy of the World Poker Tour and SoMuchPoker